The Covid-19 crisis has affected so many aspects of our lives, with many people saying that we need to create a “new normal” way of living.

If you’re a cyclist, you’ll know how deeply you’ve been personally affected: cycling races have been cancelled and there have been restrictions placed on where you can go, thanks to so many countries being placed on lockdown to prevent the spread of the virus.

This has restricted how often cyclists can use the road as well as prevented them from cycling in groups.

Has there been a bicycle boom?

While there’s lots of negativity in the world due to the virus, there has been a bicycle boom, with more people wanting to ride bikes. This has been the case in many parts of the world, with many countries encouraging people to take up cycling.

Cycling has been thrown into the spotlight, seen as a way to free up public transport systems while being highly beneficial for people.

Research published in The New York Times even found a link between air pollution and higher coronavirus deaths, which means that avoiding pollution created by the transport industry is a must – time to reach for your bike!

With that in mind, let’s look deeper into the bike boom.

WHO Has Recommended Cycling

It’s not just research that’s showing a positive link between cycling instead of using the car and reducing coronavirus death rates.

The World Health Organization (WHO) has previously stated that cycling and walking are healthy activities that people can take part in during lockdown, and it advised people to take up cycling to stay active, as Cycling Weekly reports.

This has had some dramatic (and hopefully lasting) consequences. Not only have individuals taken to purchasing bikes or using bikes they already have, but it’s started a cycling movement that’s changed entire cities.

Bikes As The Answer To Quarantine Anxiety

Social distancing and quarantine have led to many people reaching for their old bikes to keep them busy, whether that means finding a way to exercise when they can’t get to the gym or enjoying the small freedom of using their bike to get around without violating the lockdown restrictions.

A survey conducted by Trek bicycles in April 2020 that asked over 1,000 Americans about their quarantine habits found that 21 percent of people who had bikes were riding them much more during the pandemic, and 63 percent of them stated that riding their bike helped them deal with stress and anxiety. 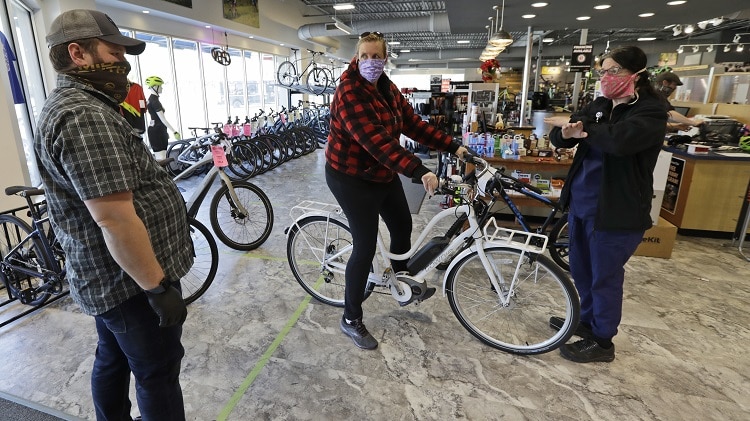 The bike boom has been quite sudden.

In March 2020 alone, bike sales in the U.S. increased by a whopping 50 percent, with a 121-percent increase in the sales of adult leisure bikes specifically.

Children’s bikes also increased, by 59 percent as compared to sales figures from the previous year’s March month, as The Washington Post reports. It seems that the whole family has been getting in on the bike craze.

This spike in bike sales has also led to bike shortages that have resulted in panic-buying as people have feared that they won’t be able to get their hands on new bikes.

Some media outlets have even compared the panic-buying of bicycles to that of toilet paper, which we all know also led to quite a few headlines during the Covid-19 crisis.

It’s not just in the U.S. that bike sales have been increasing. This has been happening elsewhere in the world, too. For example, in the UK, bike shops have been battling to meet the demand for bikes, as BBC reports.

In Germany, when bike shops reopened after lockdown, the country saw an increase in demand for e-bikes specifically. The reason for this is largely as a result of how, as cities go back to normal, people are using their bikes for their daily commutes.

In some parts of the world, lockdown restrictions were in place that prohibited the use of bikes, such as in Italy and Spain, so the bike sale spikes weren’t seen there at the peak of the crisis, but now that’s changing as bikes become a new part of life after Covid-19. 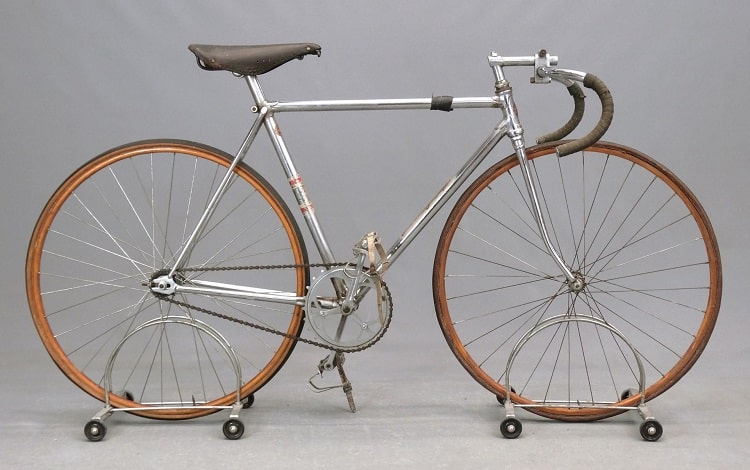 The Covid-19 bike boom isn’t the first time that we’ve seen the sale of bikes increase and the humble bike become such a hot-priority item. In fact, this has occurred many times throughout history.

Let’s go back in time to learn more about how the bike has come back into fashion again and again.

Although not such a dramatic boom, in recent years we have seen bikes becoming a bit more popular as a way to fight climate change.

Now, under lockdown, the need for activity and exercise has caused many people around the world to turn to their trusty bicycles, seemingly overnight.

This has caused an increase in bicycle purchases and usage. For many people, reaching for their bicycles has been something they’ve been forced to do as a result of how cities have been shutting down their public transport operations due to health concerns.

For others, the thought of being stuck on public transport with other people who could have the virus has made them thankful that they can use their bikes to get around instead, such as when shopping for essential items.

While others still have seen the bike as an item that can help them to reconnect with their freedom in spite of the chaos in the world around them.

Effects Of The Bike Boom On Cities 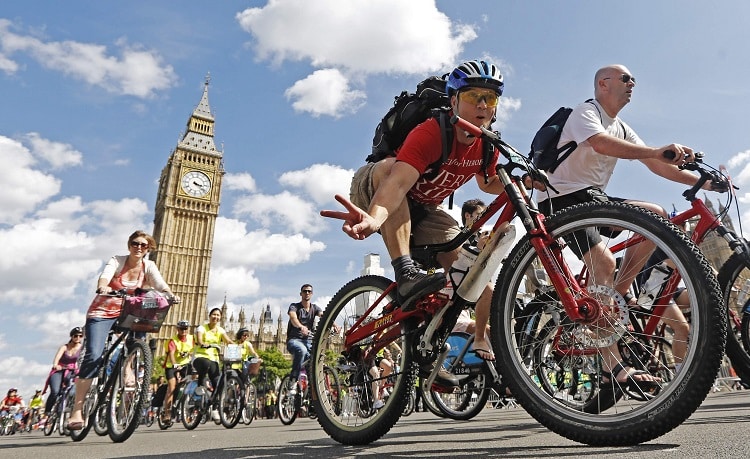 The bike boom has had some big impacts on cities, encouraging them to change their roads so that they can better accommodate cyclists.

Here are some examples of what has been happening during the Covid-19 crisis.

This is an exciting time for bicycles, and we can only hope that all the progress that’s been made to encourage people to use their bikes will continue, even after the Covid-19 pandemic passes.

There are many good reasons why they should, so let’s take a look at some of them.

Bikes For Change: After The Covid-19 Pandemic 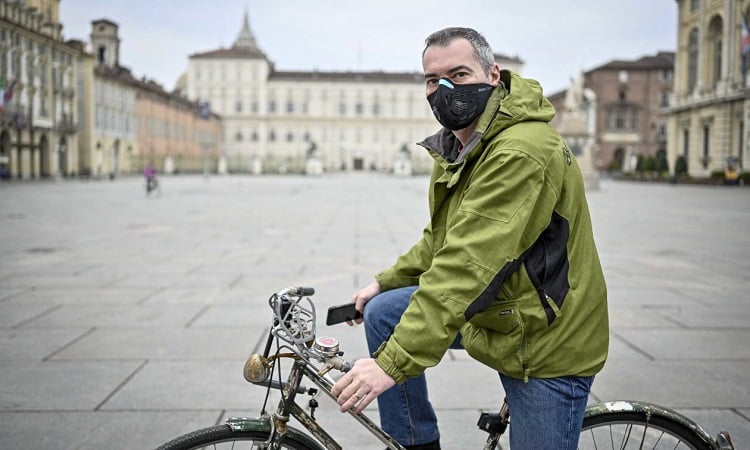 It’s not just during the Covid-19 pandemic that bicycles can help people, such as by making them feel more mobile and increasing their safety by helping them stay active while maintaining social distance from others.

Although the creation of bike lanes is sometimes a temporary measure to assist cyclists during the Covid-19 crisis, there is talk about how these changes will become permanent after the end of the pandemic.

This is fantastic because it will help us to continue fighting against climate change.

Transport is a major contributor of global warming emissions, with the U.S. transportation sector alone producing approximately one-third of the country’s emissions, as Biological Diversity reports.

If more people use their bikes instead of cars, this can make a significant difference in carbon emissions.

Bikes Can Help Cities During A Crisis 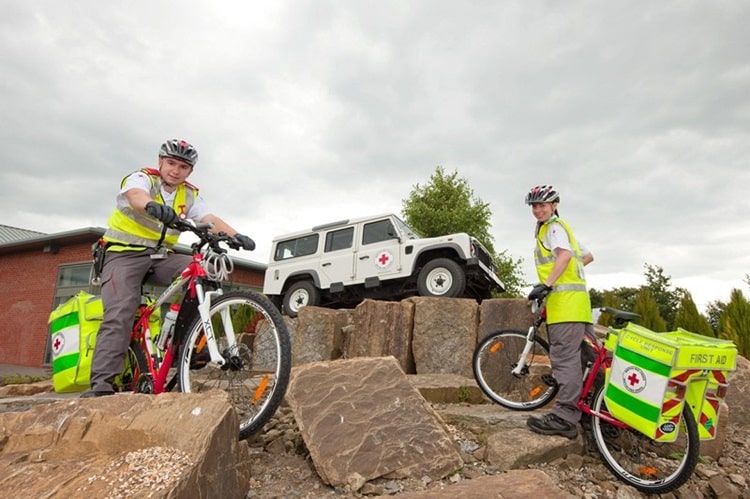 Since cycling can give people the chance to move around easier, this can be highly beneficial to cities’ residents in the event of natural disasters or power outages, especially since these types of events can affect urban transport systems in a major way.

In the case of an emergency, people can easily jump on their bikes and find a place of safety. In addition, bikes can be used in rural and urban areas alike for various purposes, such as to bring food, water, and medicine to people in need.

During this time of Covid-19 we are seeing studies about how higher levels of pollution are being linked to higher death rates from the virus, as we mentioned earlier in this article.

But there are many other studies about how biking is better for our health.

For example, a study that was published in Dutch Cycling found that cyclists who use their bikes regularly have a 40-percent less chance of getting cancer and are also 50 percent less likely to get heart disease.

Biking Can Assist In Rebuilding The Economy 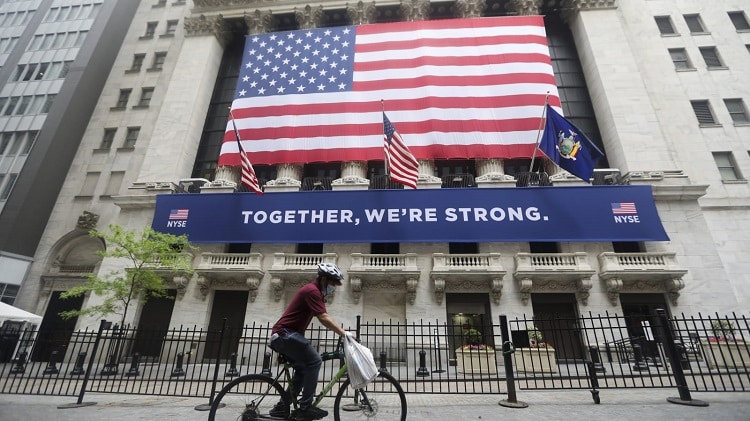 You might wonder what using a bicycle has to do with improving the economy after Covid-19 and lockdown restrictions have eased up, but there’s a really interesting link between the two.

Research has found that cyclists could help to boost economic activity on the city streets, such as in commercial areas, and this is because cyclists have been found to spend more money overall than car drivers because they shop more regularly, as Dutch Cycling reports.

How To Ride Safely During Covid-19

While cycling is recommended by health organizations, especially now during the Covid-19 pandemic, it’s always important to stay safe on your bike.

Here are some tips to bear in mind so that you don’t put yourself or others in danger. 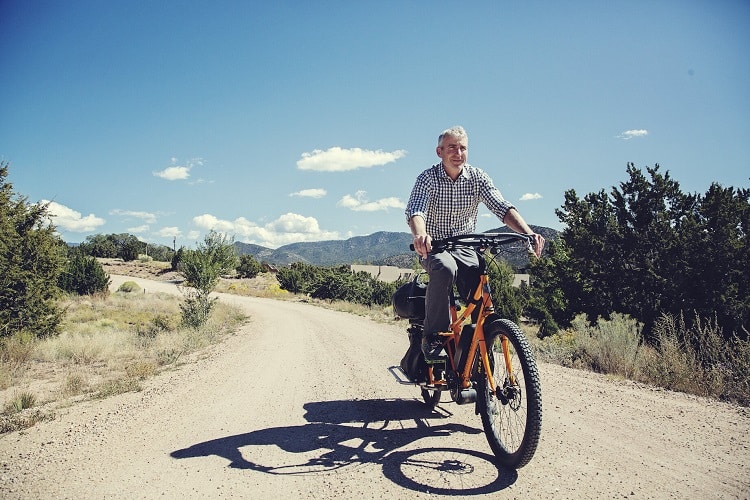 Although you might miss your weekly bike group, it’s important to avoid being around too many other people during the pandemic. Therefore, ride your bike on your own instead of with other people.

It’s also a good idea to plan your cycling trips for times when you know that others won’t be around.

The Centers For Disease Control and Prevention has recommended that people wear cloth masks whenever they are in a public setting, such as at the grocery store, to reduce the spread of the virus.

What happens when you’re on a bike?

If you’re on your own and no one else is around, then you don’t have to wear a mask, but you should still have one with you because if people suddenly appear you want to ensure you’re safe and that you maintain their safety too! 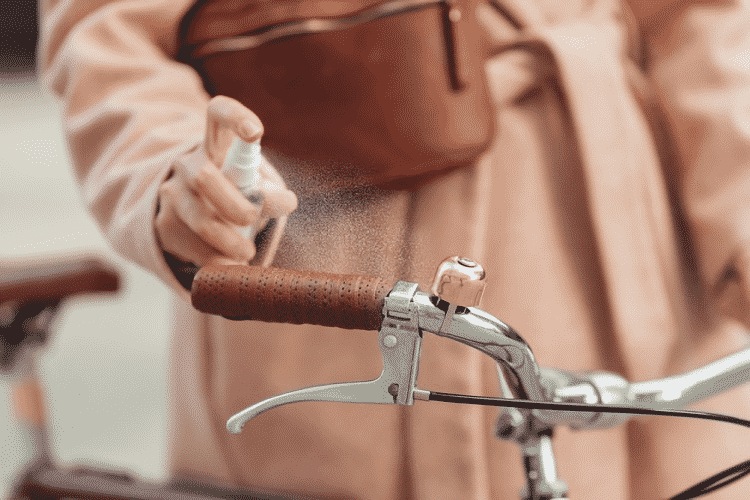 After every ride, when you get home make sure you sanitize your bike. Clean the handlebars, saddle, pedals, gear shifts and any other places that you could’ve touched, just to be safe.

This is especially important if you stopped somewhere and left your bike unattended.

How Much Cycling Is Healthy To Do Every Day?

It’s been said that you should burn about 2,000 calories every week by doing exercise in order to stay healthy. You can easily burn 300 calories for every hour of cycling, so it’s a great way to prevent weight gain and keep your body healthy.

How Can You Make Your Daily Commute More Comfortable On A Bike?

There are many ways in which you can do this, such as by covering your bike seat with padding, riding at a pace that’s comfortable instead of speeding, and choosing a bike that has a shorter reach and higher stack that will make you sit more upright.

The Covid-19 pandemic has changed life as we knew it on a global scale.

One of the areas of life that has changed dramatically is that of transportation, with people being unable to move around in cars and use public transport and therefore dusting off their trusty bikes in the garage to be able to gain mobility.

The use of bicycles during lockdown has made cycling much more appealing to people, who view it as a slice of freedom and can help them stay safer during the time of the pandemic.

But, as we’ve seen in this article, bikes are set to remain popular even after Covid-19 passes, with many cities focusing on creating more space for cyclists on the road.

Cycling is not only healthy for people but healthier for the planet too which is in dire need of assistance so we can fight environmental issues such as global warming.

Professional Bike Mechanic Having built and repaired bikes for the last 4 years — in both a professional and a hobby capacity — Will is enthusiastic about cycling in all its forms, but particularly fixies and urban bikes. Living in beautiful Vancouver BC, Will gets out and cycles whenever he can. Current ride: a Norco XFR.