Hybrid bikes are designed with a combination of design features that belong to different bike types, so they’re a sort of re-mix that turns them into a multi-purpose bike.

They can be the absolute best option for when you don’t know what type of bike to get, and for when you want to use your bike in various different ways, and on different types of terrains.

But is a hybrid bike fast? That is usually a make-or-break kind of question that customers ask, as they want to know whether a hybrid bike is fast enough to be worth it. 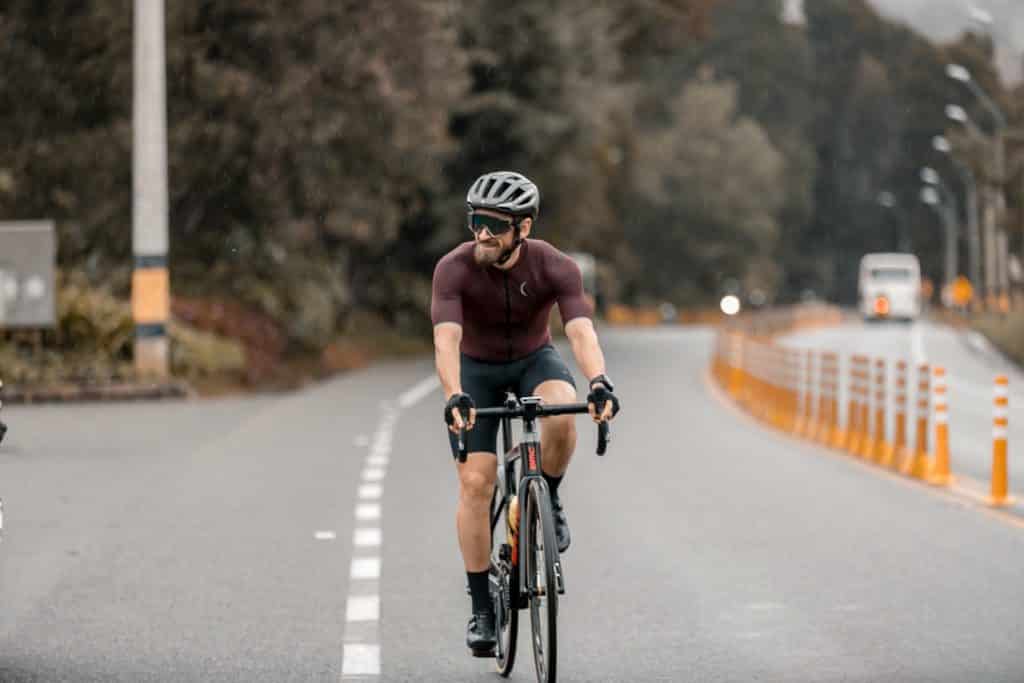 To answer the question, hybrid bikes are decently fast, but not the fastest bikes around. So they’re slower than proper road bikes (which is to be expected), but they’re faster than mountain bikes.

Overall, the speed of a hybrid bike can be easily compared to the speed of a touring bike, as they are pretty similar in that regard. This means that you’ll be able to cycle decently fast, but nowhere near to professional or competing levels.

This is because hybrid bikes don’t focus on having the best speed. Instead, what makes them an excellent choice of bike is their comfort, stability, and efficiency, which is what they are designed to have a blend of!

How fast can a hybrid bike go?

We’ve established that hybrid bikes are decently fast, but nothing as impressive as the speed of road bikes. But how fast exactly, can a hybrid bike go? Let’s look at the usual average speed, and then figure out the possible maximum speed!

On average, a hybrid bike will go at a speed of around 13mph, which is pretty decent for average cycling. Of course, the average speed on the hybrid bike can then vary according to each person, the pace you set, and the terrain you’re cycling in.

So that average can move anywhere in between 11mph and 18mph.

As for the max speed you can reach on your hybrid bike, the limit depends on you! There is honestly no real top speed to pinpoint, because it will vary from person to person, and whether they are actively trying to achieve the fastest possible speed or not.

Instead, here are some tips that can help you increase your speed when cycling on a hybrid bike:

Hybrid bikes can come in many designs, as they are a blend of different types of bikes, and therefore can be easily adjusted or adapted to different needs.

Why not get thinner tires? The thinner the tires, the faster the bike will be able to go, so this might help increase your overall speed!

Switch to the right gears:

The gears of your bike are there to help enhance performance so that you can pedal more efficiently, and comfortably.

Switching to the right gears for each type of slope inclination and terrain, can seriously help you get the most out of your pedaling, and can seriously increase your overall speed over long distances, with a lot less effort needed.

Especially as hybrid bikes tend to have more gears than average, to better tweak your cycling capabilities!

There are different types of pedals, and although it might not seem like a significant change, using one or another can affect your pedaling efficiency, and therefore affect your overall speed performance.

Clipless pedals are usually considered a better option, as your legs will be cycling in a circular motion, rather than going up and down. This way, momentum is preserved, and it’s easier to keep up a pace at higher speeds!

This is an obvious tip, but training really does improve your speed over time. Do you want to cycle faster? Practice! That’s the way to success.

Are road bikes faster than hybrids?

But why, exactly, are road bikes faster than hybrids? Well, it’s down to a few design features:

The frame of a road bike is a lot lighter than that of any other type of bike. And the more expensive and high-end the road bike is, the lighter it will be.

The same goes for the wheels, as they are a lot smaller and a lot lighter than usual.
This makes this type of bike inefficient for most terrains. But on a flat and even road, it makes them perfect for speed!

The tires of a road bike are a lot thinner, so there’s a lot less friction on the ground, meaning there’s less to hinder their speed.

They’re also lighter than usual bike tires, and although the difference might seem insignificant, it adds up over distance, making them the fastest type of bike possible.

Body position of the cyclist:

The design of a bike, which can include the positioning of the bike seat, the frame, and the handlebars, can determine the position of the cyclist while cycling.

And here’s the thing, road bikes are designed to be as aerodynamic as possible, so that they can go at higher speeds, without the bike, or the cyclist, blocking the advance.

This means that they are designed for the cyclist to be lower down, instead of standing out atop the bike. The handlebars of a road bike are dropped lower, so that the cyclist is forced to lean forward, and lay low on the bike’s frame. That way, the position is a lot more aerodynamic and suited to faster speeds.