When pumping your bike’s tires, you may have realized the difference in the type of valves in which bikes come in. Presta valves or schrader valves?

Schrader valves are the more common of the two, and they are used mostly on cars and the more costly bikes. Bicycles sold in department stores and those from the cheaper manufacturers usually use this car tire valve.

Presta valves, on the other hand, are used on the tires of most high-end bikes, and the valve is made uniquely for bikes. The valve is long and skinny, which makes it fragile, and it has a knob on top for screwing and unscrewing, and it is mostly used on bicycle inner tubes rather than on cars or anywhere else.

History of Schrader and Presta Valves

Schrader valves were more commonly used on bicycles than Presta valves, but over time, road wheels and tires got skinnier, and they needed a narrower valve. This is what caused Presta valves to gain popularity in cycling and racing, although they are not the best choice in functionality.

Why are Presta Valves Used on Bikes? 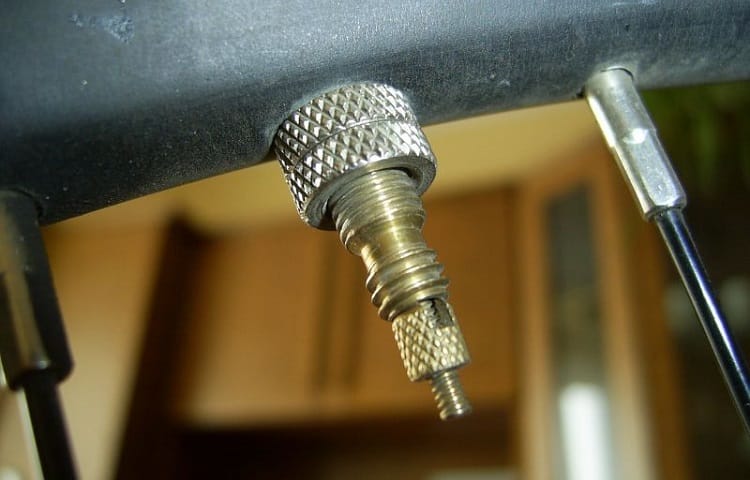 Presta Valves are ideally more suitable for bike wheels for a variety of reasons, one of them being they improve your bike’s rim strength because they need a smaller hole in the rim.

These valves are light compared to other valves, which makes their wheel’s performance exemplary. The wheels don’t need to be counterbalanced to allow smooth spinning of the stem weight.

It is easy to extend these valves with adapters, making them ideal for deeper section aerodynamic rims and most preferable on bikes. Presta valves don’t require mechanical check valves because they seal very tightly on air pressure only. Their systems cannot clog with debris like other valves’ systems do.

Presta valves are easy to pump because they don’t have a valve spring to overcome. Their small diameter size is vital for narrow rims whose cross-sectional strength is greatly minimized by a stem hole.

Where are Presta and Schrader’s Valves Located on the Bike?

These valves are found mostly on the tires, jutting towards the rim’s inside and the hub.

However, Schrader valves can be found on suspensions as Schrader fittings. They can be found on rear shocks and forks and on dropper seat posts where the fitting is recessed inside the post.

Comparison of Presta and Schrader Valves 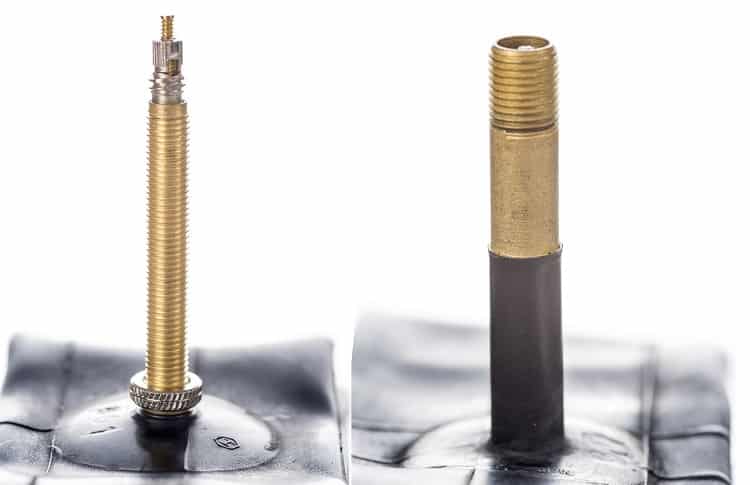 The comparison and difference between the Schrader and Presta valves are dependent on; your expectations, what you need from the inner tube of a bicycle, and the type of bike you ride. As far as wheel comparison is concerned, the only difference between the two valves’ tubes is in the rim’s valve hole size. Presta valves have a 6mm diameter, while Schrader valves measure 8mm in diameter.

The Presta Valve is the more slender valve, which makes it more cumbersome to use and has a lock nut instead of spring for closing. These two qualities are what make the Presta Valve useful in many bicycles and working effectively. Presta valves are half as wide as Schrader valves, and they are made exclusively of metal.

Some Presta valves taper slightly towards the top, while others are threaded from top to bottom. These valves are used mostly on road bikes, and there is a good chance that your bike has these valves. Some Mountain bikes use Presta Valves too, and others prefer Schrader.

These valves have been used in the past by racing and sports bicycles due to their slender, easily inflatable shape. Presta Valves are easy to pump, and racers could inflate them using a very simple pump with an attached pump head and no hose. The valve hole of the valve is the weakest spot of the rim, so the smaller it is, the better and easier it will be to pump.

How To Use a Presta Valve to Pump a Tire

Most Presta Valves made in recent years have a removable core identifiable by the two wrench flats on the valve cap’s threads. The removable core role might not be clear to a roadie, but for a mountain biker, this serves as extra protection and as a way for making your tubes puncture resistant.

Further, Presta Valves makes it possible for you to inject sealant into the Presta tubes easily. The removable core is crucial as it ensures you don’t have to replace the tube each time the Presta nut breaks off.

Why Presta Valve Has Nothing on Schrader Valves 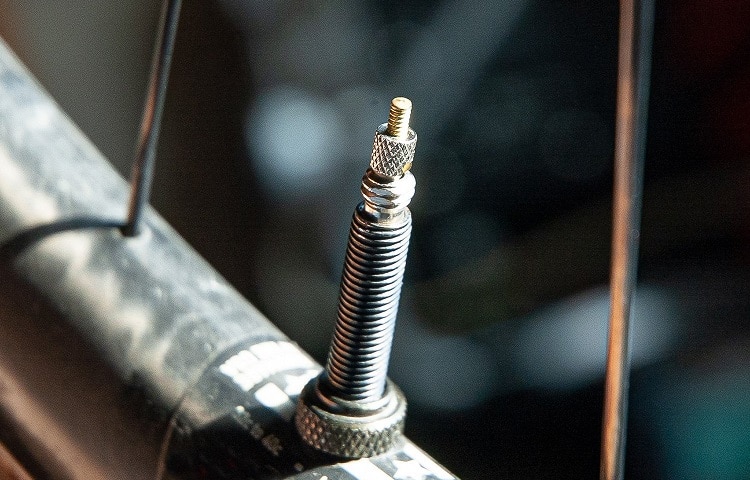 It is not usual to see Schrader valves on higher-end mountain bikes and contemporary road bikes. Bicycle manufacturers install Schrader Valves on lower-end department store bikes, some mountain bikes, kids bikes, and BMX bikes. Schrader valves are wider than the Presta Valves, and they generally have the same circumference from top to bottom.

Schrader valves are usually wrapped in rubber when used on bike wheels with the outer wall threaded to accommodate a pump head or a cap. These valves have a pin at the center, which is a spring-loaded check valve for regulation of air flowing in and out.

The check valves’ role is to permit airflow into a certain direction, which is why the valve tube of your Schrader valve needs pressure applied on the inner pin to allow air in. A check valve is an internal spring that keeps the valve closed, and it permits air to flow only in one direction, which requires you to apply pressure to the inner pin for the air to pass easily.

Schrader valves are more robust and universally used compared to Presta Valves. They have a core that is very easy to remove and a spring closure, which makes it easy to use them. To use a Schrader Valve, simply press the inflation chuck onto the valve at an automatic service station, and spring closure makes it easy for you.

A Schrader Valve is easier to use because all you need to do is remove the cap from a Schrader and apply the pump head, ensuring that it is placed far enough to avoid air leaks. If using a hand pump, the lever chuck can be used to provide the valve depressor, which makes the inflation easier in addition to reading back some pressure in the tire.

The depressor serves two purposes, it makes inflation easier, and it is needed for reading the backpressure in the bike’s tire. If you have Schrader valves on your tires, you can use a standard car tire gauge to check your tires’ pressure, but as the valve is bombproof, it rarely suffers from damage. 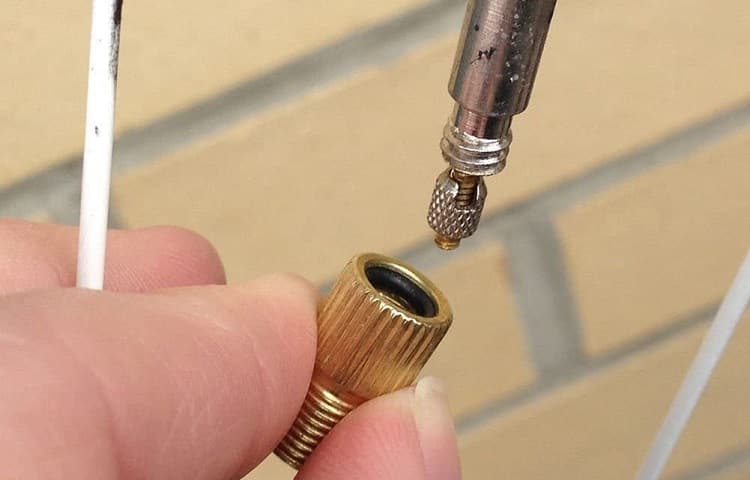 Presta Valves helps your bike develop stronger wheels compared to Schrader valves. As Presta Valves are narrower, the valve hole they create can be smaller, and this hole acts as a weak spot in your bike’s rim. The extra millimeter of material in the rim is what enables your tire to sustain wheel strength. Smaller valve holes, especially for narrow road rims, helps in making the wheel stronger.

Schrader valves need a bigger hole compared to Presta valves because they are wider, which results in increased hole size. The larger the hole, the bigger the weak spot and the bigger the rim’s weakness.

Presta valves stay straight in the rim, while Schrader valves tend to sit crooked if the tubes are installed somewhat off-center. Presta valves have a locking nut at the base of the valve, which keeps the valves locked and perpendicular to the rim, saving you the annoyance of a constantly shifting Schrader valve.

Presta valves can be found in different valve lengths, which are very important, especially if you use deep rims. Some bikes require a long valve, in which case a Schrader valve would be inaccessible and hidden by the rim.

Schrader valves are shorter, which is an inconvenience for some deep rims, which may need longer stem valves for the valve to stick out far enough for accessibility. In this case, you need a valve extender if you plan on using a Schrader valve.

Presta valves are lighter compared to Schrader valves, but the difference in weight is not very significant. It can, however, be important for riders who weigh every part they install on their bikes. Presta valves are more common for cycling and are basically the standard these days.

Is Shrader Valve a Better Option? Why Presta Valve Needs to Be Forgotten 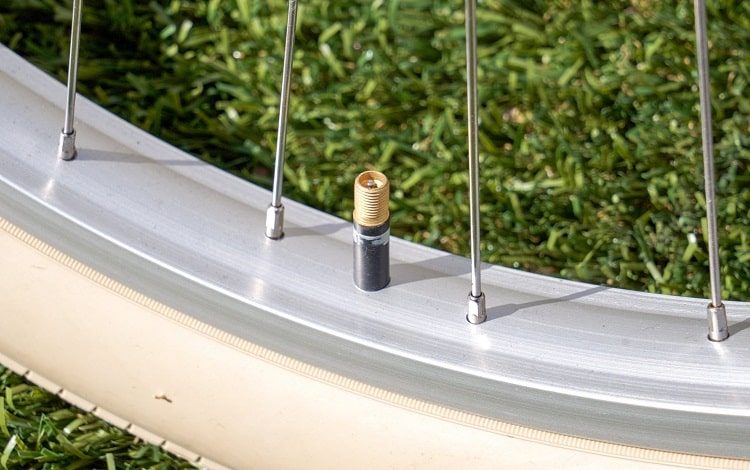 Compared to Schrader valves, Presta valves are more fragile as a result of their skinny and long design. This makes them easily break, so you have to be more careful when pumping up your bike’s tires to prevent bending the skinny tip of the Presta valve.

Schrader valves are more robust as a result of their shirt and thick design, which makes it possible for you to handle them roughly without breaking.

Presta valves are slightly harder to use compared to Schrader valves, which is why many non-cyclists may not be very familiar with them. Their cores cannot be removed, which is an inconvenience when adding puncture-resistant sealant to the tube or tire.

If you are running tubeless, you will require a valve with a removable core such as a Schrader valve. Schrader valves are pretty easy to use; after all, every automotive tire uses them. There is no learning curve required to use Schrader valves because you just need to get rid of the cap and start inflating.

It is impossible to use standard automobile tire pumps with Presta valves because they only work with Schrader valves. These pumps are not compatible with Presta valves, which is one of their biggest drawbacks and a great inconvenience because it requires you to go to a local gas station to air up your bike tubes or tires.

Schrader valves are universal and are considered the world’s standard as they are available in almost all countries. This is important, especially for bicycle tourists who travel to different rural and urban regions where Presta tubes are not available.

Schrader valves are more reliable than Presta Valves, and you can inflate them anywhere as they are compatible with both gas stations and pumps. You can walk into your local gas station or use a bicycle pump or an air compressor to inflate your bike’s tires. They have fewer parts exposed to the risk of damage, and their sturdier design increases their reliability.

The bike tire plays a very important role in ensuring the overall success of every biking experience. For many beginner road racers, spotting the difference between valves and their functionality can be a little confusing.

The modern bike valves can be especially confusing to the older riders who are not well-versed in riding mountain bikes because there are two different valve types, and one of them is more prevalent in road bike tubes. 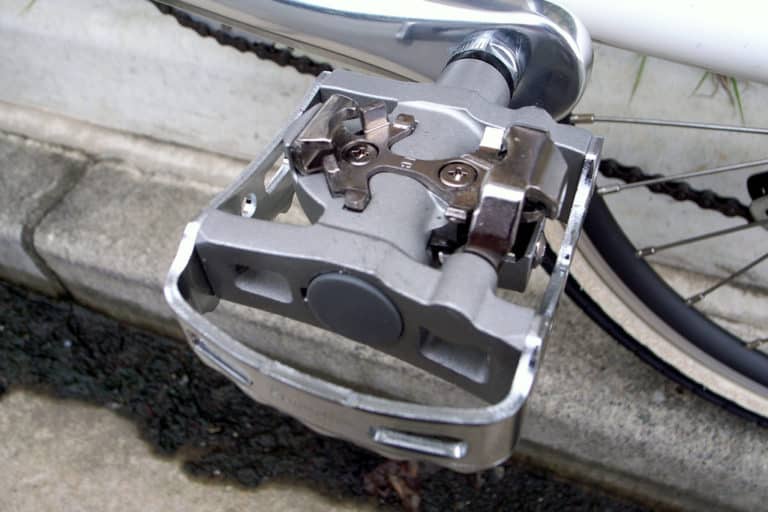 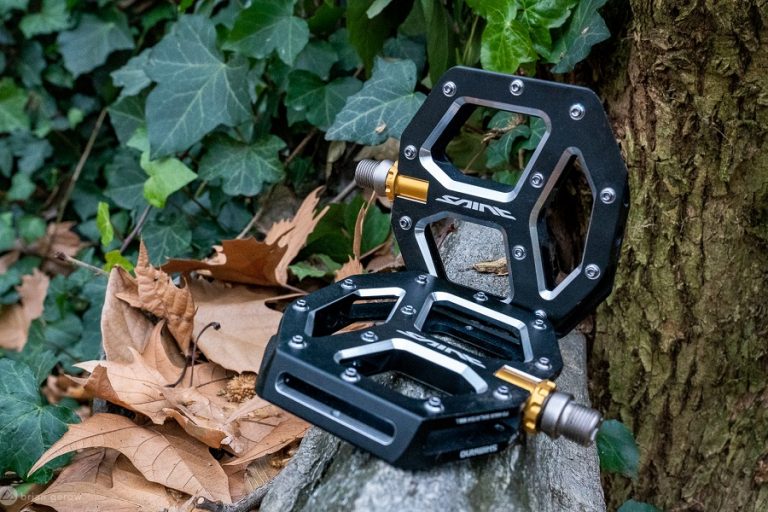 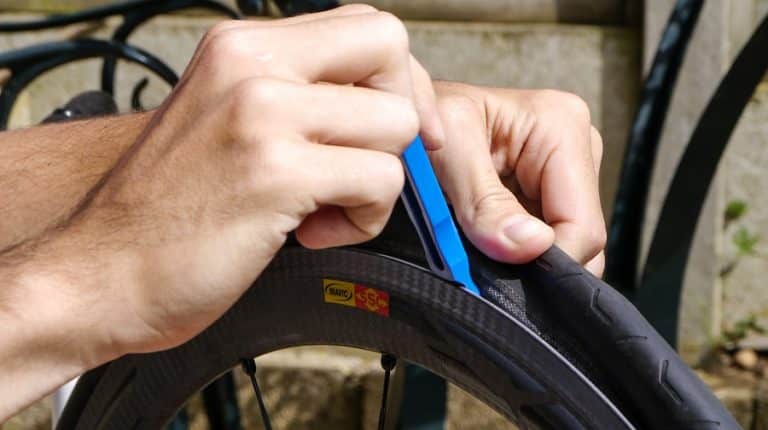 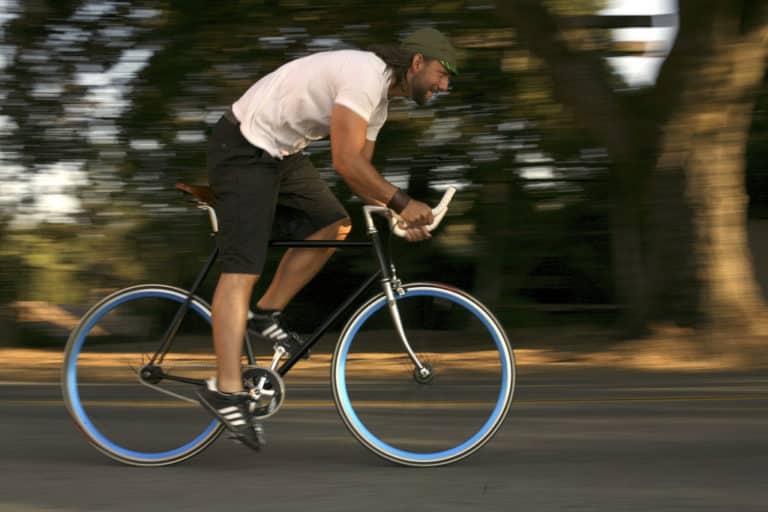 If you live in any major city, you’ve seen them. They’re fast, fun and beautiful. Fixed gear bikes are a ‘back to the basics’… 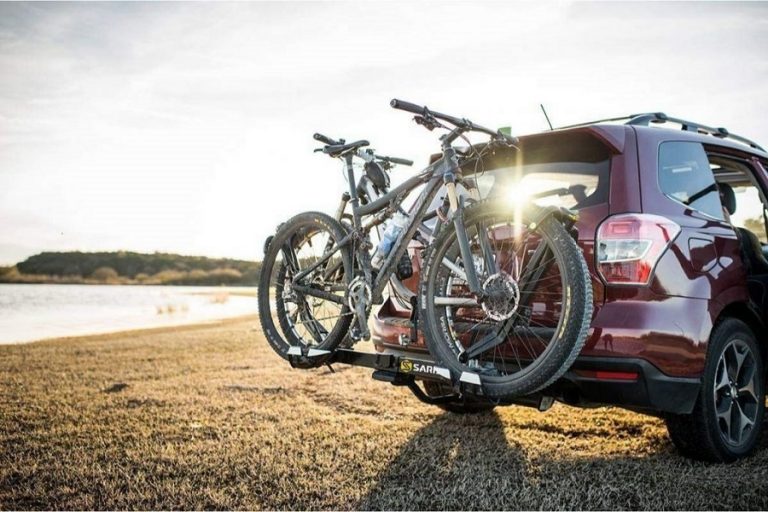 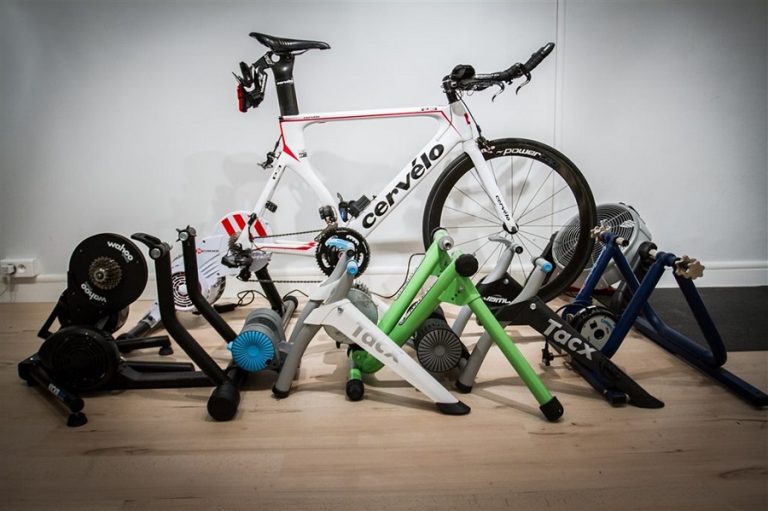 What do you do when you can’t ride outside? You know, on those days when the weather is crummy or maybe your favorite…