I get a ton of questions about bike locks. My answer is usually uniform: don’t bother with cables, don’t skimp on the cheap stuff, go for a big, heavy, hardened steel lock.

That’s because steel is usually the best option. There just hasn’t been a ton of innovation, particularly with regards to weight.

I totally understand too, it’s a tough nut to crack. How on earth can you keep your bicycle safe and secure with featherweight lock? Typically a light bicycle lock means compromised durability.

But what if you move away from steel entirely, to an exotic material like titanium?

The TiGR Mini has done exactly that. It’s a tiny, attractive little U-lock alternative and I’m crazy about it.

It’s a popular lock with a premium price tag, sold on TiGr Lock’s website and also found in various shops and retailers around the web.

So how does the Mini stack up to the competition? Is it worth the sticker price? Will it keep your bicycle as secure as those heavy, brand name lumps of steel? TiGr Lock kindly sent me a review unit to check out and after a few weeks of use I’m ready to share my thoughts.

Is the TiGr Mini an indestructible, unbreakable bike lock?

Nope. But that’s only because such a thing doesn’t exist.

Sadly, there is no lock on earth that’s impervious to a professional bike thief. A portable angle grinder can cut through absolutely everything.

Proper bicycle security is less about finding an uncuttable lock and more about making a theft annoying and obtrusive and very labour intensive. You want them to move on to easier pickings.

The real question then is: does the TiGr offer a suitable deterrent? Does it offer the top-of-the-line protection against the possibility of bike theft?

I’ll answer that as we go forward. Let’s take a look at it.

Design: heckin’ easy on the eyes

I absolutely love how this bike lock looks and feels.

When I received the review unit from TiGr I was really surprised by the weight. I mean, I was expecting it to be light, but I quite literally said, “Wow!” when I picked it up. It is 0.9 pounds, and a lot of that is in the steel lock cylinder.

My “daily driver” is a hardened steel chain that weighs about 6 pounds, so using this lock on a daily basis was revelatory. Whether in a backpack or attached using the included mounting bracket, I could feel the difference.

Titanium has half the weight of steel, which means you only need half the material to match steel’s strength. It’s also far more ductile and less brittle, meaning that under extreme force and pressure it will “squish” and bend rather than snap or shatter.

TiGr has chosen a wide, flat shackle design. I suspect this is to make the most of such an expensive metal but there are also security benefits which I’ll get into shortly.

Viewed from the side, the lock is almost invisible. It has a premium appearance, though a little atypical at first. I’ve had a few people ask what the heck it is.

Function: one of the easiest bicycle locks to attach and remove

I believe that function is as important as security. There’s no point building a great lock if it’s too frustrating to use.

One of the things that makes the TiGr Mini one of my favourite low weight bike locks is the pure usability.

As a big “User Experience” guy, I’m smitten by this little lock. TiGr has put a ton of careful thought into everything ranging from ease-of-use to tactile satisfaction.

The lock is coated with a translucent PVC coating. Smart, because without that I expect it’d do a number on your paint job.

Attaching the lock is simplicity itself.

Stretch it open with your hands? How can you trust a lock that’s so bendy? As mentioned before, titanium is super ductile and twice as strong as steel. A thin steel lock would not be a great idea, but a thin titanium bicycle lock like this is still very cut and pry resistant.

And this offers a huge functional advantage over other locks. That ability to stretch the lock wider is massive! It allows you to fit the lock quickly, and lock up to very tight spots. There’s an added security benefit there: the less space you leave, the harder it is for a thief to cut.

Security: is the TiGr Mini one of the strongest lightweight bike locks around?

Short answer, yes. I believe that the Mini is as good as many hardened steel U-locks in several respects, with a couple of advantages. Here’s my take on how the TiGr Mini would withstand a few of the common methods used to compromise bike locks.

Beyond traditional methods of attack, the Mini has another big advantage: it’s unique. Bike thieves prey on the familiar: cable locks, U-locks, chains. That’s what they’re used to. But when you throw something different at them, they might be left scratching their heads. The TiGr Mini is a different approach, and one that a thief might not have an answer for.

I would lock up using a similar strategy to a U-lock. Make sure that the lock fits around a secure spot on your bike’s frame (preferably inside one of the triangles) and then around a fixed object, like a signpost or bike stand.

If possible, fit the lock around both the seat tube and the rear wheel. This eliminates extra space and keeps both parts of your bicycle nice and secure.

I found that the TiGr Mini was a little bit too small to fit around both the wheel and frame of my Dual Sport, but it should easily fit around the frame and rear wheel of most road bikes. If you ride something with thicker tires and wider rims, you might prefer the Mini+, which offers more space inside the shackle.

Here’s an example of a quick signpost lockup. It took just 5 seconds to secure. Ideally, you’d want to leave less space than I have here. The stretchable quality is very helpful; if you can manage to get it around both the seat tube and the rear tire, do so.

It’s certainly amongst the top contenders. There’s a lot to love about this handy little lock, from its stunning design and ease of use to its security features and remarkably low weight. There are few featherlight locks I’d trust as much as this one. For that reason I think it’s absolutely worth the $99 price tag.

OK, but is the TiGr Mini as strong as a hardened steel chain or U-lock like, say, a Kryptonite? As much as I like the TiGr, in a head-to-head match-up I’d still put my money on the heavy duty hardened steel clunkers.

That said, with their impractical weight and clunky storage, a heavy duty steel number isn’t going to work for everyone, and the TiGr’s ease of use, light weight and small size makes it way more practical for quick stops. It’d be fine for longer term lockup too, you just need to be circumspect about the how and where (as with anything.)

I definitely see a strong niche for the TiGr as an auxiliary lock to attach wheel to frame. It’s so light you won’t really notice the extra weight, and it’s far, far superior to any secondary cable lock I’ve run across. A heavy steel shackle to secure the frame and front wheel and a TiGr to lock rear wheel to frame would be a fantastic lock strategy. For these reasons I strongly recommend the TiGr; it has achieved pride of place on my list of the strongest bicycle locks.

Are cycling energy gels and chews a good way to refuel? Cycling is a demanding sport. Like any other exercise, refueling your body after a… 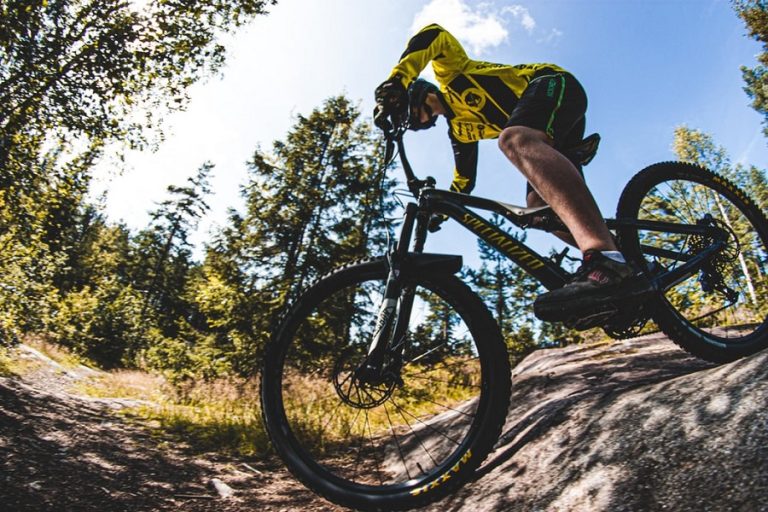 Bitten by the mountain biking bug and on the market for your perfect ride? Looking for something that covers all bases but isn’t going…

I live in a small city, but one with plenty of bike lanes. Drivers and cyclists coexist with relative peace, and it’s one of the…

Looking for affordable all weather road bike tires? You will be interested in reading our Vredestein Fortezza Senso review! One set of tires for year-round… 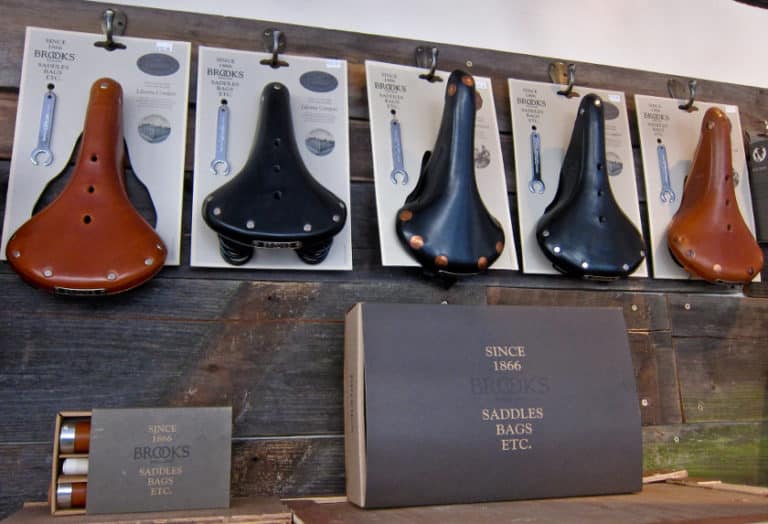 Reviewed: Our Favourite Affordable Leather Bicycle Saddles Nothing beats a good leather bicycle saddle. The eye is naturally drawn to leather components and it elevates…